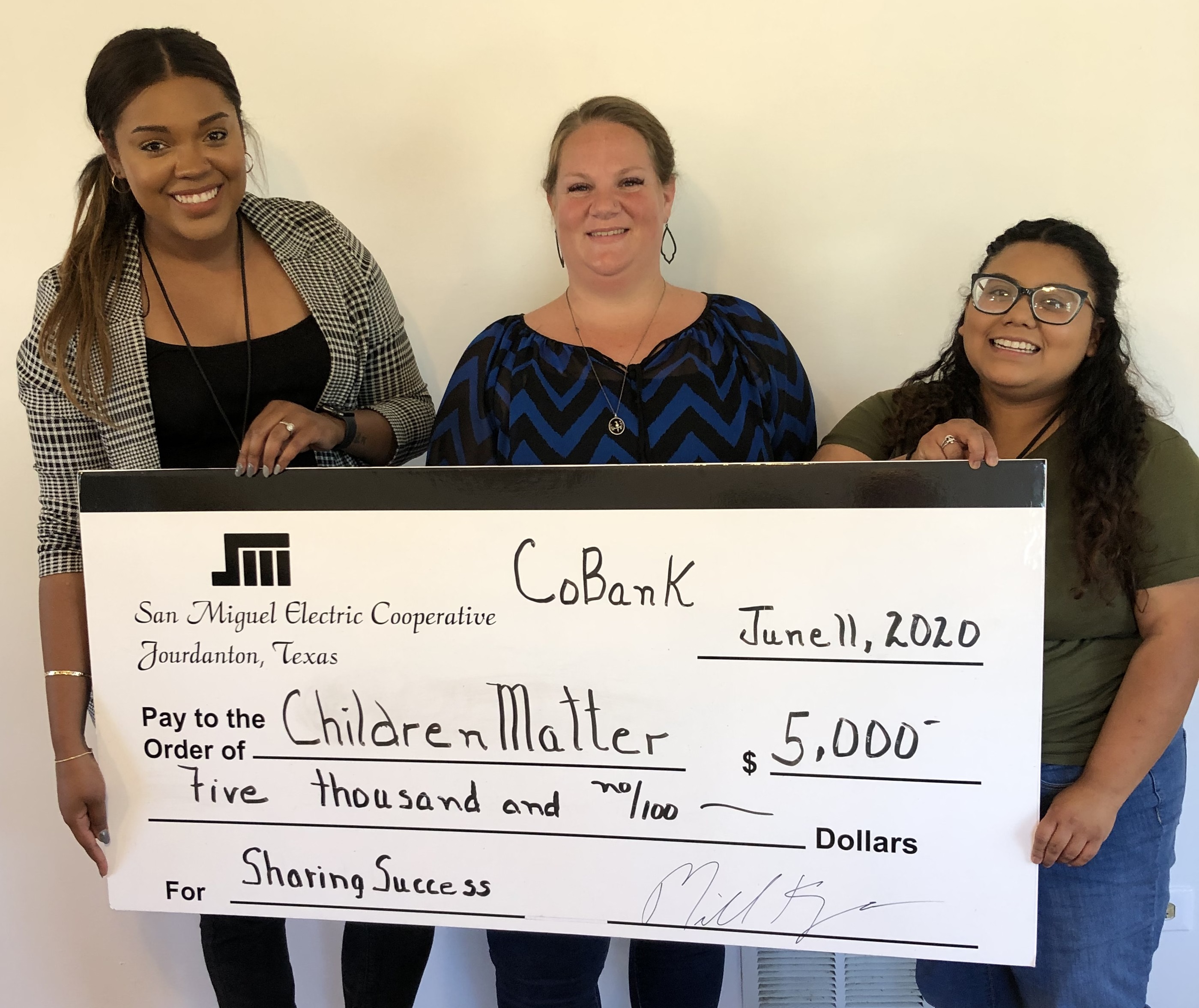 CHRISTINE, Texas [June 15, 2020] – San Miguel Electric Cooperative (SMEC) has announced its 2020 CoBank Sharing charitable contributions. This year’s beneficiaries are the Atascosa Health Clinic, the Safer Path Family Violence Shelter and Children Matter to Me. SMEC’s 2020 contribution has increased from last year’s $7,500 to $10,000 this year. The contributions will be matched by CoBank’s Sharing Success program.

Through the Sharing Success program, which runs from April 1 through Oct. 31 or until the fund is exhausted, CoBank will match donations made by customers, such as SMEC, to charitable organizations. Established in 2012, CoBank and its customers have thus far contributed more than $44 million. This year the bank increased the annual matching fund to $4 million and raised the maximum match per customer to $10,000.

SMEC has been a participating member of CoBank’s Sharing Success program since 2013 with cooperative contributions totaling $47,500. “Our partnership with CoBank allows SMEC to maximize our charitable contributions so that local organizations can benefit even more,” said Mike Kezar, SMEC general manager. “All three organizations, Atascosa Health Clinic, the Safer Path Family Violence Shelter and Children Matter to Me, are dedicated to making a difference in their local communities and are very deserving of this donation.”