Horned Lizards are Headed Back Out on the Range 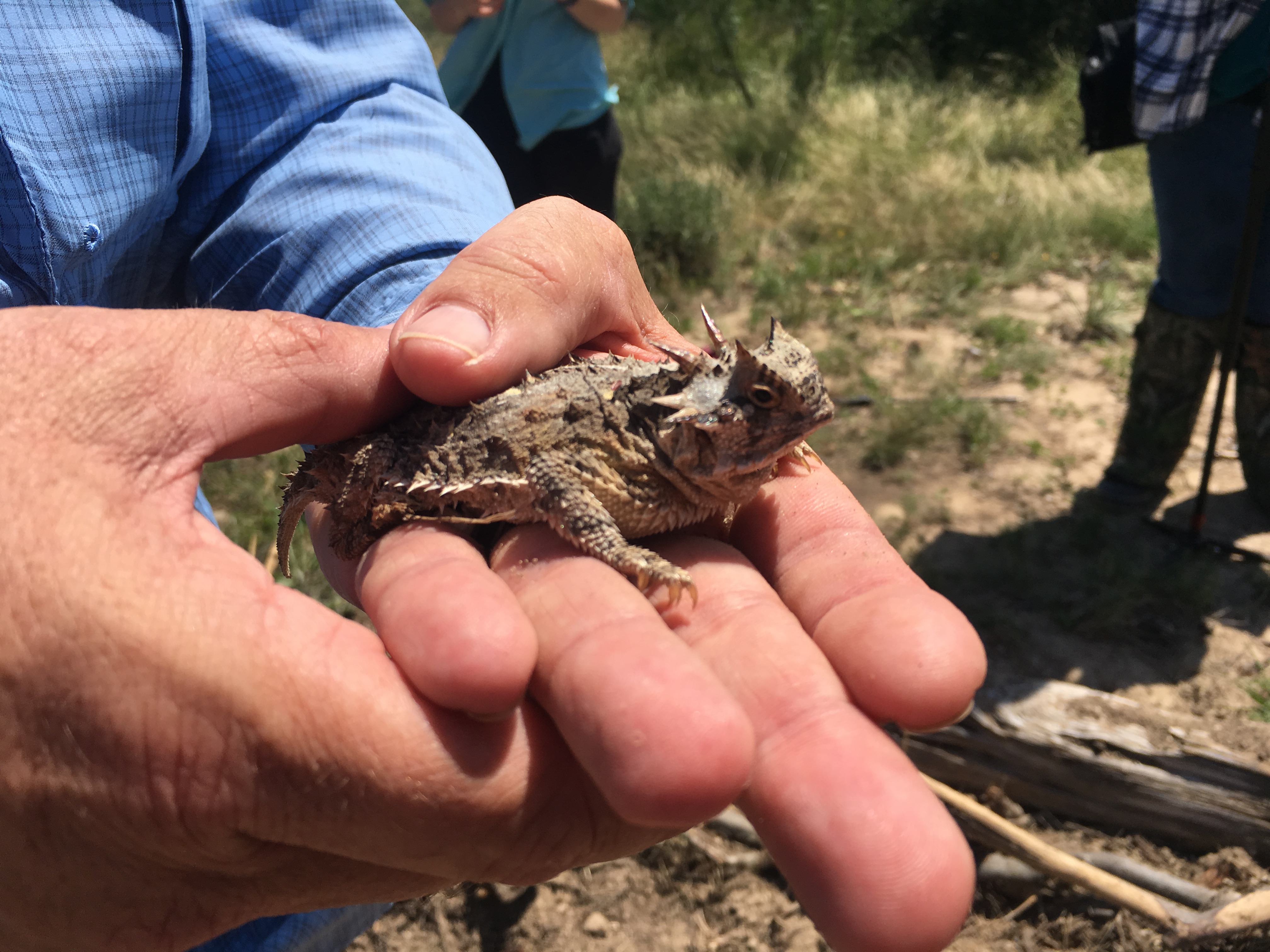 Horned Lizards are Headed Back Out on the Range; Thanks to a San Antonio Zoo® program that is Supported by the San Miguel Electric Cooperative

CHRISTINE, Texas [August 12, 2019] – Thanks to the San Antonio Zoo – and supporting organizations like the San Miguel Electric Cooperative (SMEC) – the Texas horned lizard may be making a comeback in central Texas. A benchmark of this project is now underway: the training of “sniffer dogs” to monitor and detect this beloved lizard in its natural habitat.

San Antonio Zoo’s Center for Conservation and Research is seeking to reverse this trend by producing large numbers of lizards in captivity and then releasing them into pre-determined habitats that can support the species.

“Our goal is to re-establish viable horned lizard populations as part of a healthy native ecosystem and return this species to the landscape for the enjoyment of present and future generations,” said Dr. Andrew Gluesenkamp, director of conservation at San Antonio Zoo.

A Dog’s Day for the Lizard Population

The horned lizard – the state reptile of Texas – is threatened by a number of factors, including fragmentation and habitat loss, introduction of exotic grasses, pesticide use and the proliferation of red imported fire ants (which feed on the eggs). The zoo’s planned release habitats will ensure that these threats are minimally present. Potential properties for the first round of releases include tracts in Blanco and Kerr Counties and Center for Conservation and Research staff are working with owners and managers of several additional properties in Bexar and Hays Counties.

“We could not do this without the support of organizations like the San Miguel Electric Cooperative,” said Gluesenkamp, “which takes a progressive approach to protecting the species that they are stewarding on their mining sites in South Texas.” He cited SMEC’s “dedication to native species and commitment to conservation” as critical components to preserving and protecting native biodiversity in South Texas.

Dr. Gluesenkamp admits that he originally envisioned a five-year timeline for the project, but has since realized that the project will likely continue indefinitely. “One of the primary goals of this project is to develop methods for successful husbandry and release that result in the re-establishment of populations with long-term viability. We will continue to adjust our approach as we learn what works and what doesn’t.”

Said Mike Kezar, general manager of SMEC, “San Miguel Electric Cooperative is very pleased to be a part of a project that seeks to conserve and manage a threatened species and ecosystems, and contribute to the understanding of the ecology, life history and evolution of a beloved species.”

San Antonio Zoo®, operated by San Antonio Zoological Society, is a non-profit organization committed to securing a future for wildlife. Through its passion and expertise in animal care, conservation and education, the zoo’s mission is to inspire its community to love, engage with, act for and protect animals and the places they live. The zoo welcomes more than a million visitors each year and is open year-round. San Antonio Zoo operates the largest nature-based preschool in the country, Will Smith Zoo

School, the Center for Conservation and Research and Kiddie Park. San Antonio Zoo is accredited by the Association of Zoos and Aquariums, the Zoological Association of America and Humane Certified by American Humane.

About Center for Conservation and Research

The Center for Conservation and Research at San Antonio Zoo® is operated by San Antonio Zoological Society, a non-profit organization committed to securing a future for wildlife through a variety of approaches, including fieldwork, scientific study and husbandry of rare, threatened and endangered species. The center is located on the grounds of San Antonio Zoo and leads or participates in conservation projects across the globe and throughout the United States, with particular emphasis on Texas. Notable projects include the Texas Horned Lizard Reintroduction Project, Mexican Blindcat Conservation Program, Reticulated Flatwood Salamander Project, Georgia Blind Salamander Project, Project Selva in the Peruvian Amazon and studies on organisms directly beneath San Antonio (focused on Edwards Aquifer species, such as the Texas blind salamander).